For the past few days I have been making the rounds of Mexico City media promoting my new book in Spanish “Trump y Trudeau: Discursos Opuestos” (Trump and Trudeau: Opposing Discourses). The book explores how each leader used media effectively in their respective election campaigns of 2015 and 2016.

Throughout my encounters, I was surprised by the positive perception that Mexicans have of Canadian Prime Minister Justin Trudeau despite the political problems that he has endured in Canada since the beginning of this year.

I have been asked what the damage to the Trudeau brand has been and what he can do to recover politically with four months left before the next federal election.

My response has been that the Trudeau brand is indeed tarnished.

In 2015, Trudeau promised Canadians that he would govern differently, that he was a convinced feminist, a committed environmentalist, that he would pursue greater reconciliation with Canada’s First Nations (as Canada’s indigenous peoples are called), support cultural diversity and balance the budget. Moreover, he promised to govern in a new way, far from the traditional political playbook.

Since 2015, he has missed the mark on most counts.

With respect to the SNC-Lavalin issue (in which a Canadian engineering firm accused of widespread corruption threatened to leave Canada and take with it some ten thousand jobs across the country if the government didn’t settle out of court), Trudeau responded in a totally unacceptable way when he was caught being dishonest and disloyal to his ministers.

His management of the crisis served to make things worse and showed a leader unable to recognize and cope with a serious problem. He lost the moral high ground, tried to cover up rather than take responsibility for his and his office’s actions, and threw his senior, indigenous, female minister under the proverbial bus for having stood up to his pressure.

His environmental credentials suffered when he bought an older pipeline for $4.2 billion of taxpayer money (a few years after it was sold for far, far less) and has now promised to refurbish it to transport heavy crude from Alberta to the British Columbia coast for export. This has environmentalists and indigenous communities up in arms and will do little to enhance his chances with Alberta voters whom he has alienated with his overall disregard for the energy sector so important to the Canadian economy. Albertans are sure to vote for the opposition Conservative Party of Canada en masse.

In addition, his silence on Québec’s new law banning religious symbols worn by civil servants while invoking the constitutional notwithstanding clause makes it look like he is pandering to his Québec base and being hypocritical on the issue of human rights. He would be wise to do as his father, who would have eagerly and effectively confronted this issue, all while strengthening his standing both in Québec as well as in the rest of Canada.

The question many journalists asked was whether Trudeau could reclaim lost ground and win the October 21st general election.

That depends on a number of developments.

His opposition is not strong, and main Conservative opposition candidate Andrew Scheer has not only a mediocre public persona, but also has a number of candidates in his party on the extreme right. As well, Ontario Premier Doug Ford, a Donald Trump clone and fellow Conservative, has shown Canadians what a disaster a Scheer government could be. Ontario is the richest voting province in Canada and a must win for any leader.

So in the eyes of many voters, it may well be a case of voting for the lesser of two evils rather that the candidate who really motivates them. But, nothing is certain.

What can Trudeau do to overcome his current handicaps?

First of all, he must start by only making promises that he can keep, by being more transparent and by demonstrating consistency between his stated principles and the decisions he takes.

Politics is politics, rarely black and white with success measured in how the “gray zones” are managed.

The ultimate goal is to win, and, to do so the leader must be tough and pragmatic. He can point to idealism as an aspirational goal, but must take tough decisions at times that people may not like. The leader must decide between being liked and being respected, and, often, these require different approaches. That said, there has to a consistent logic and pattern of behavior within the boundaries of his or her stated principles to maintain the credibility needed to lead.

I believe that Trudeau must create a new persona in the little time that he has left.

He must sell himself as the “common sense” candidate who acknowledges and who will apply the learnings from his first term.

He must put the SNC debacle behind him by admitting to voters that, in hindsight, he made a mistake, should have been more forthright, and show how he has changed the way he runs his to ensure that it never happens again.

Voters can pardon mistakes, but not lies.

*****
Common sense dictates that, if asked on the campaign trail, he take responsibility for this mistake and show what changes he has made to how he is running his office and to changing his governing style to ensure that it never happens again. Sometimes swallowing a bit of pride is preferable to swallowing political defeat.

He must find a way to show how his government has raised hundreds of thousands of Canadians out of poverty while maintaining the lowest unemployment rate in forty years through his government’s economic and social policies.

He must tout his ability to salvage what would have been en economic disaster had U.S. President Trump torn up NAFTA through strategic negotiations and the effective use of the diplomatic tools at his government’s disposal.

Indeed, Trudeau’s visit to Washington last week saw many senior Washington influencers come to the Canadian Embassy for a meet and greet. Trudeau had a successful meeting with President Trump and, despite past acrimony, is seen by many U.S. politicians as a viable go-between as Trump tries to get the new trilateral trade deal passed by the Democratic controlled House of Representatives. A successful outcome would not only boost Trump’s chances for reelection in 2020, but would also cast Trudeau as an international leader capable of working with the volatile President.

Prime Minister Trudeau has faced the capricious U.S. President and currently seems to have won his grudging respect after a tumultuous two years.

On another front, Trudeau must recast his government’s purchase of the pipeline and its decision to complete it from a perceived political disaster to a common sense development.

While we all aspire to a fossil-fuel-free world, the reality is that we will all be using petroleum-based transportation for the foreseeable future. The reality is that if China needs oil, it will buy it from Canada or elsewhere. And if they buy it elsewhere, tens of thousands of Canadians will be out of jobs.

But this scenario is not only about petroleum sector jobs in Alberta.

His government’s decision to use revenues derived from the new pipeline – calculated at some $500 million per year – to invest in clean energy technology and products across Canada and prepare Canadian workers for an oil-free economy demonstrates a common sense approach towards creating a viable environmental and economic future for the next generation of Canadians. Canadian exports of environmental technology and products could soar, creating thousands of new high-tech jobs at home while improving environmental conditions globally.

If, as expected, the Conservative opposition uses immigration as a political tool to stoke the fears of some Canadians on the hard right, Trudeau needs only to show his governing cabinet, replete with women and immigrant ministers working together with ministers from both French and English backgrounds. A photo of his cabinet with the caption “This is my Canada” would provide voters with a realistic picture of Canada’s multi-racial and multi-cultural mosaic and attract votes from all who might feel threatened by “white supremacy” from any source. This can only work, however, if he takes a stand in Québec against the law banning religious symbols worn by civil servants – something he must do quickly and forcefully.

In 2015, Trudeau won with his “sunny ways” campaign strategy. Canadians found it refreshing and, if anything, three years of Trump may have immunized most Canadians against the politics of division and hate.

While his surrogates will be tempted to use a fear mongering campaign to advocate for Canadians to see what the Conservative opposition is all about, Trudeau should instead concentrate on providing Canadians with a positive vision of his second term. He should very subtly cast himself as the anti-Trump (while being mindful of his relations with a US leader who may well be re-elected) and anti-Scheer candidate – continuing to lead towards the kind of society to which most Canadians, including Quebecers, aspire.

But he should not focus on attacking the opposition leader and making the election about Scheer. This was the mistake made first by Republican candidates in the United States in 2016 and then by Hillary Clinton, giving Trump countless dollars worth of media coverage he didn’t deserve. He should avoid giving Scheer any importance, keeping his public appearances focused on his and his team’s vision for the future.

Additionally, he and his team must develop a number of simple but effective messages that connect with voters and encourage them to look beyond his faults. In this, he must follow in Trump’s footsteps and match positive messages with three or four key slogans (three or four word phrases that stick in voters’ minds) that can grab voters and gain their vote on Election Day.

Finally, he must ensure that his team is on the same page, and that his candidates are seen as being strong and capable individuals who can deliver good governance and stand up to the leader if and when necessary. Trudeau must earn the perception of being first among equals rather than as “dictator in chief”. He must quickly turn Team Trudeau into Team Liberal Party to show that he has indeed changed his current government’s strongly centralized governance approach. Showing respect for democratic institutions, his ministers, and the prerogatives of parliament will go a long way to reducing the impact of first-term mistakes on his political persona.

But what I do know is that if he doesn’t change quickly, and demonstrate that change to voters soon, he may wind up being a one term Prime Minister.

Given the alternative, that would be sad for all Canadians. 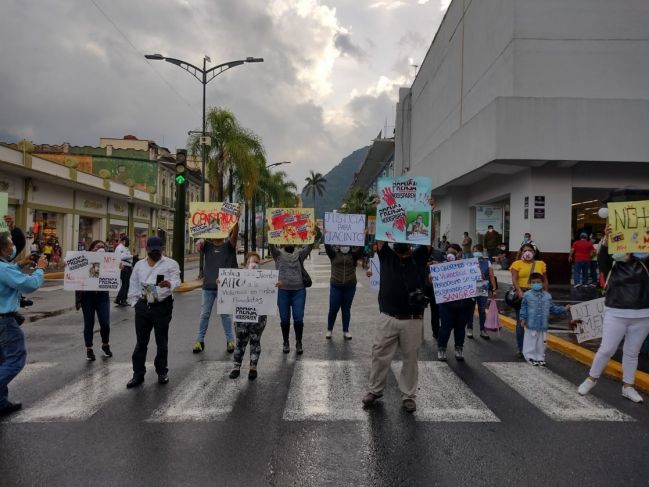 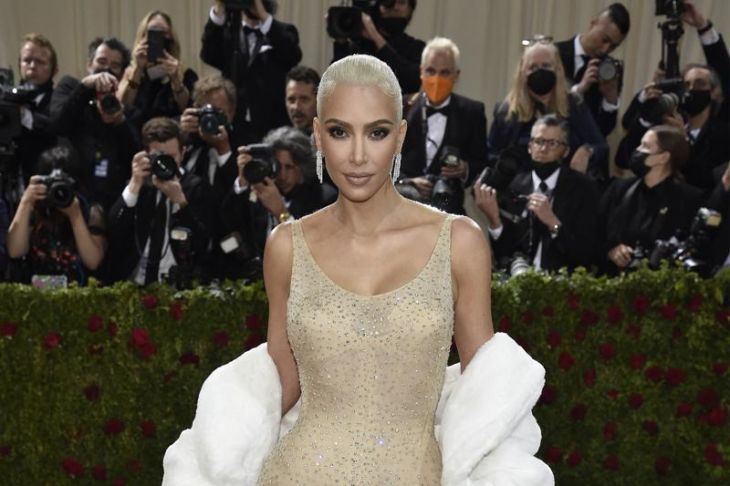